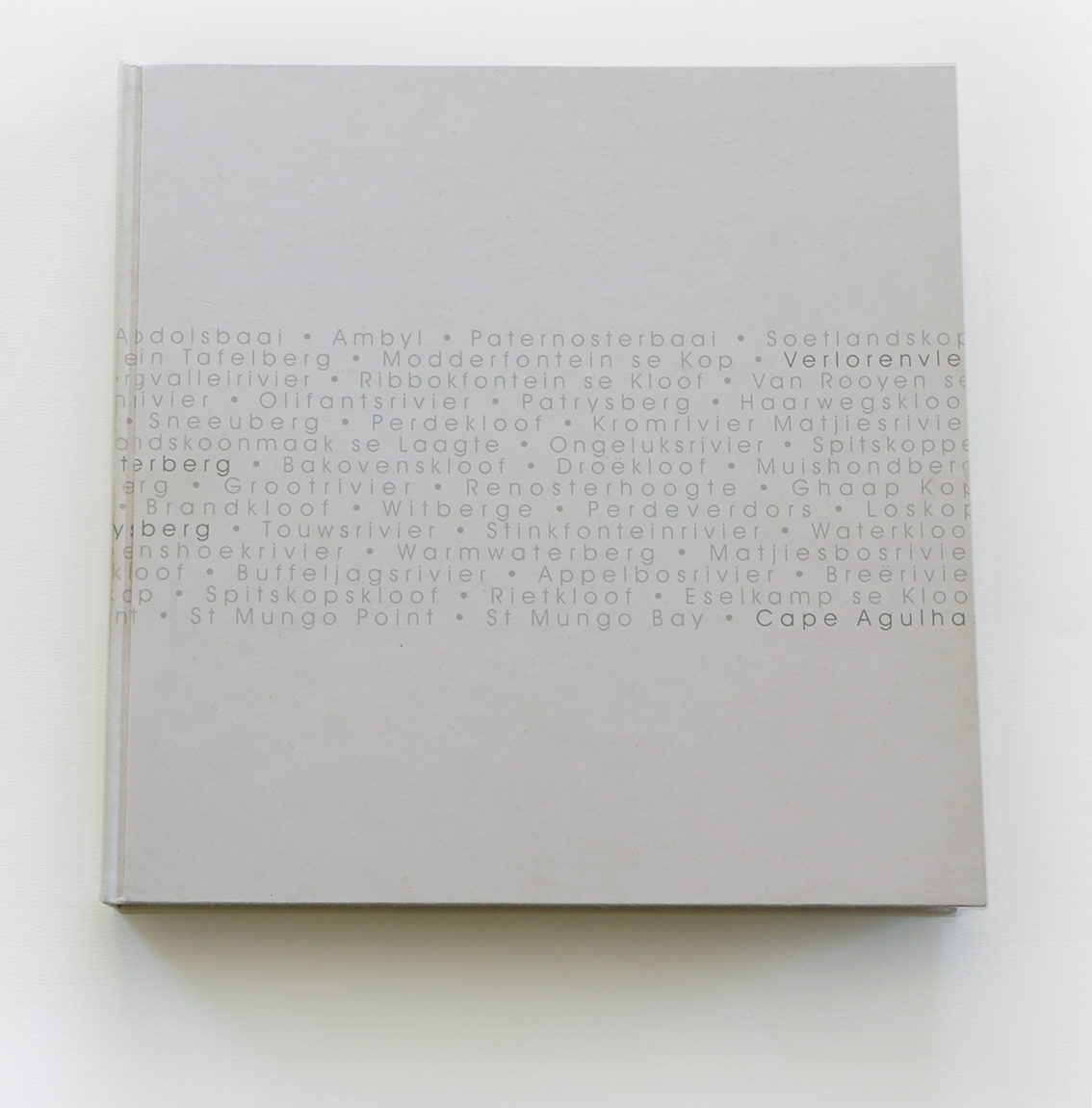 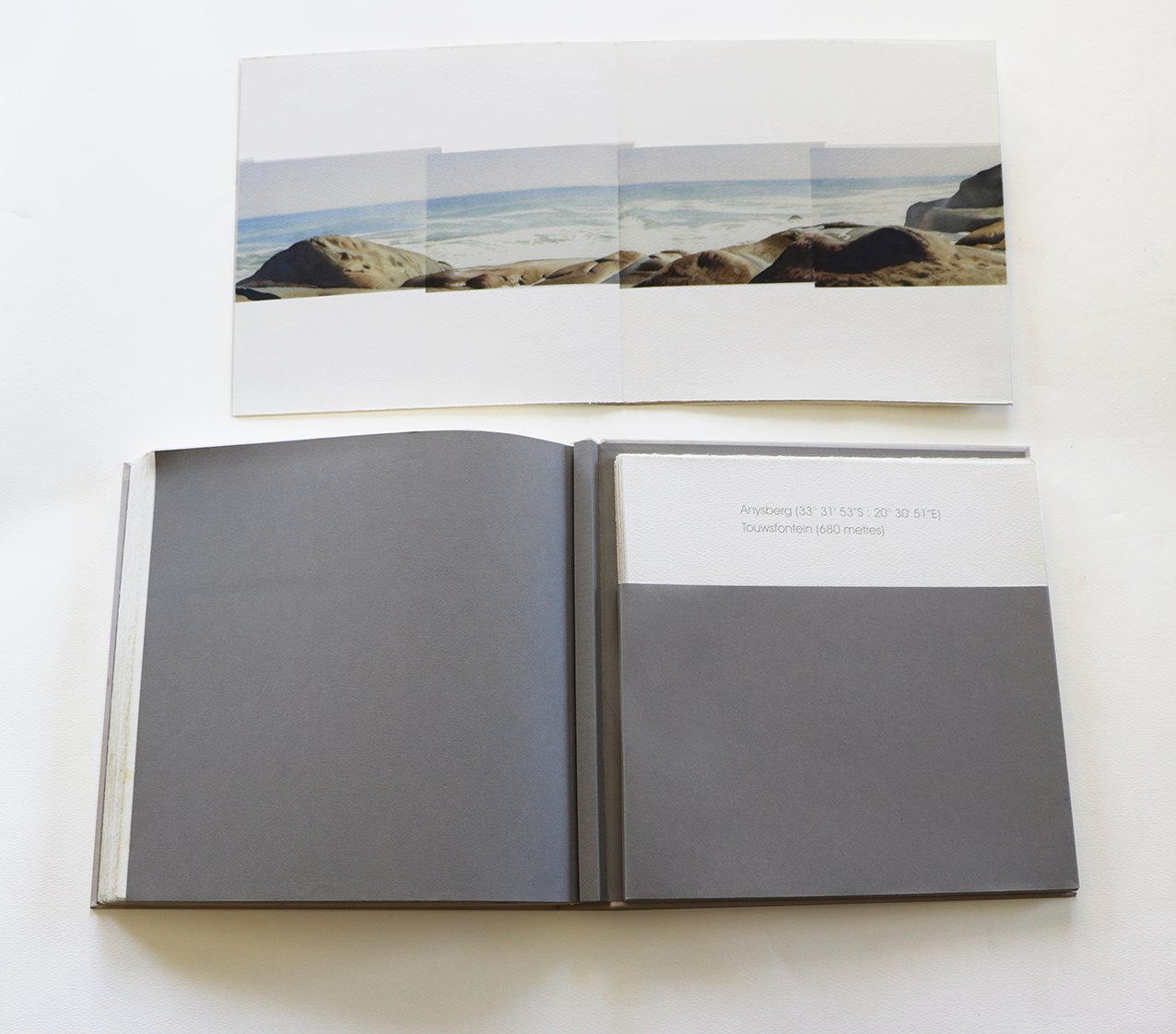 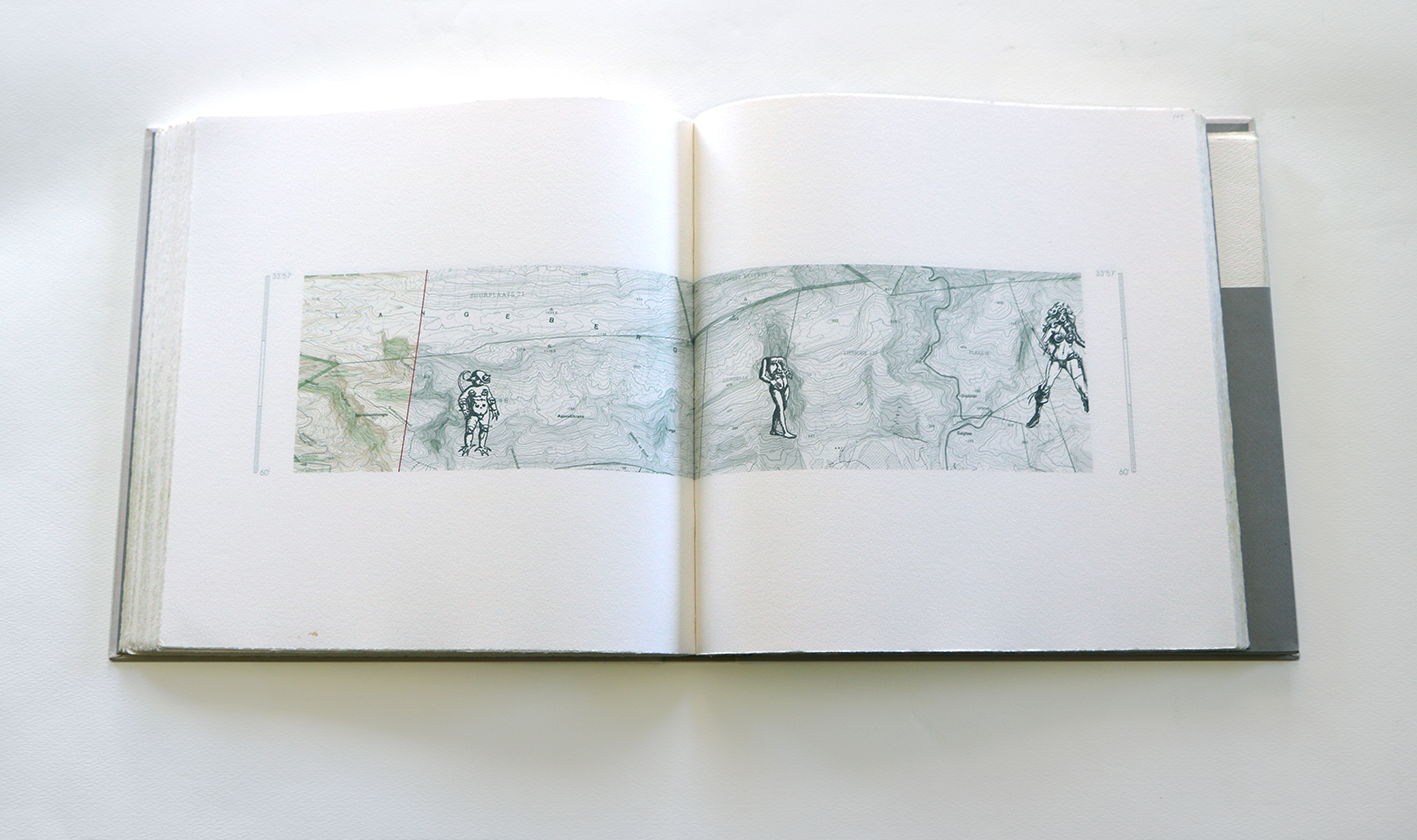 The content of this project is framed against the background of a fascination with the topography of South Africa that dominated the interests of cartographers, illustrators and artists from before the colonial period up to the present. The site of the project was randomly located on a semicircle between Cape Columbine, the most north-westerly point on the West Coast of the Cape, and Cape Agulhas, being the southern tip of Africa, with the centre falling on the hill Babelonstoring (Tower of Babel) in the vicinity of Paarl/Simondium/Franschhoek. Seven co-ordinates were identified on this semicircle at 30-degree intervals, and each co-ordinate was systematically documented. The outcomes of the project are an artist’s book comprising a panorama of 1:50,000 maps (15′ latitude and 3′ longitude) lying on the semicircle that stretches from Cape Columbine to Cape Agulhas and a semicircular panorama installation of watercolour paintings. The watercolour panorama measures roughly six metres in diameter and is broken into seven sections (Cape Columbine, Verlorenvlei, Hottentotsberg, Roosterberg, Anysberg, Napkei and Agulhas) corresponding to the above-mentioned co-ordinates. Folded facsimiles of these panoramas have been placed into a pocket at the back of the book.

The project explores how images construct knowledge and investigates the relationship between the centre and the periphery. The concept of the panorama lies at the centre of this project, and its particular relationship with the panopticon, where the privilaged position of the perceiving consciousness has been disrupted by not giving the viewer access to the centre. In this respect the association between the centre (Babelonstoring) and the place names along the periphery (such as Hoedklip, Matroozefontein, Nieuwe Gift, Bakovens Kloof, Touwsfontein, Middel Drift and Paapekuils Fontein) acquires metaphorical significance. The project has been informed by a Western construct of Africa and the complex processes of converting what was seen as an empty space through surveying, charting, recording, and filling the land with names and places.